Not all Salt Rooms are created Equal

There is a big difference from one salt room and cave to another. The first factor to consider is whether it is an active or passive salt chamber.

Passive salt rooms are spaces that contain a large quantity of salt—Dead Sea, Himalayan, etc. but DO NOT have a Halogenerator. This is what is known as Speleotherapy. These salt rooms and caves look great and provide a very relaxing and often soothing environment.

Speleotherapy was developed to mimic and create a particular climate for exposure of salt in the air for greater health benefits. However, without actually intentionally dispersing sodium chloride into the air, there is little effect for these passive salt rooms. When Himalayan Salt is properly utilized, it does provide some therapeutic affect by providing negative ions into the atmosphere of the salt room.

Active or controlled salt rooms have a Halogenerator, which provide what is known as Halotherapy. A Halogenerator crushes salt and disperses it into the air providing a greater health benefit, particularly for those with respiratory and skin conditions. Salt rooms that have a Halogenerator do not necessarily need large amounts of salt in the room, which as explained above is mostly used for creating an environment and décor. 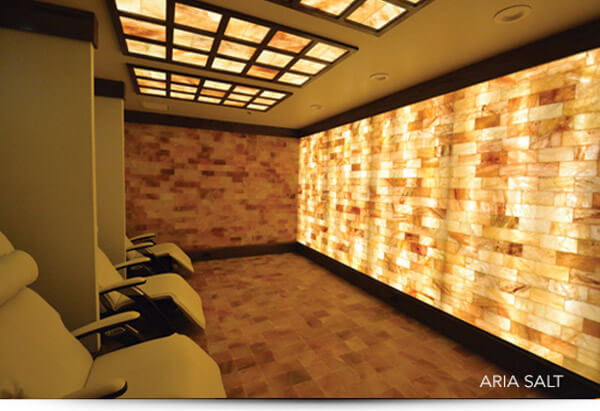 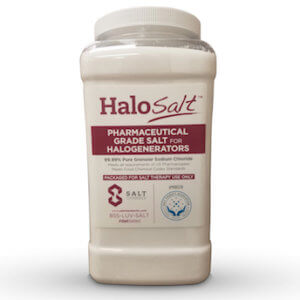 What Kind of Salt Should I Use in the Halogenerator?

Pharmaceutical grade salt is the only salt to be used in halogenerators.

No Himalayan or Dead Sea salt should be used due to their impurity, metal and mineral content. Only NaCl dissolves 100% in water and does not stay in the lungs, anything else beside pure NaCL can be very dangerous for the lungs because other minerals and dirt won’t dissolve in water and will remain in the respiratory system. Minerals and vitamins are for the digestive system, not for the lungs.

Some salt rooms claim that they use these “exotic” salts for marketing purposes and expose their clients to harm. Other than pharmaceutical grade salt have high moisture and oil content, the halogenerators cannot grind them small enough to have the maximum effect.